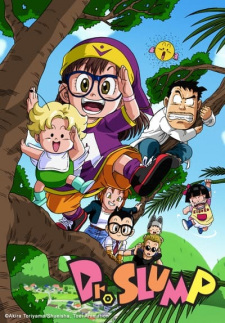 Plot Summary: In Penguin Village, humans live alongside talking animals and objects. Senbei Norimaki is one of these humans, and he's an inventor with the lofty dream of creating the world's best robot girl. The product of his efforts is Arale, but depending on your definition of perfect, she's anything but! Not only is Arale severely nearsighted, but she also has no common sense! At least she has super-strength, though that often proves to be a setback as well. Although she means well, Arale only causes trouble for her neighbors in the whimsical Penguin Village!